Konstantin Bugrov, Dr. Hab. (History), Research Fellow, Institute of History and Archaeology of the Ural Branch of the Russian Academy of Sciences

In the series "Library of Quaestio Rossica Journal" the following monographs have already been published: 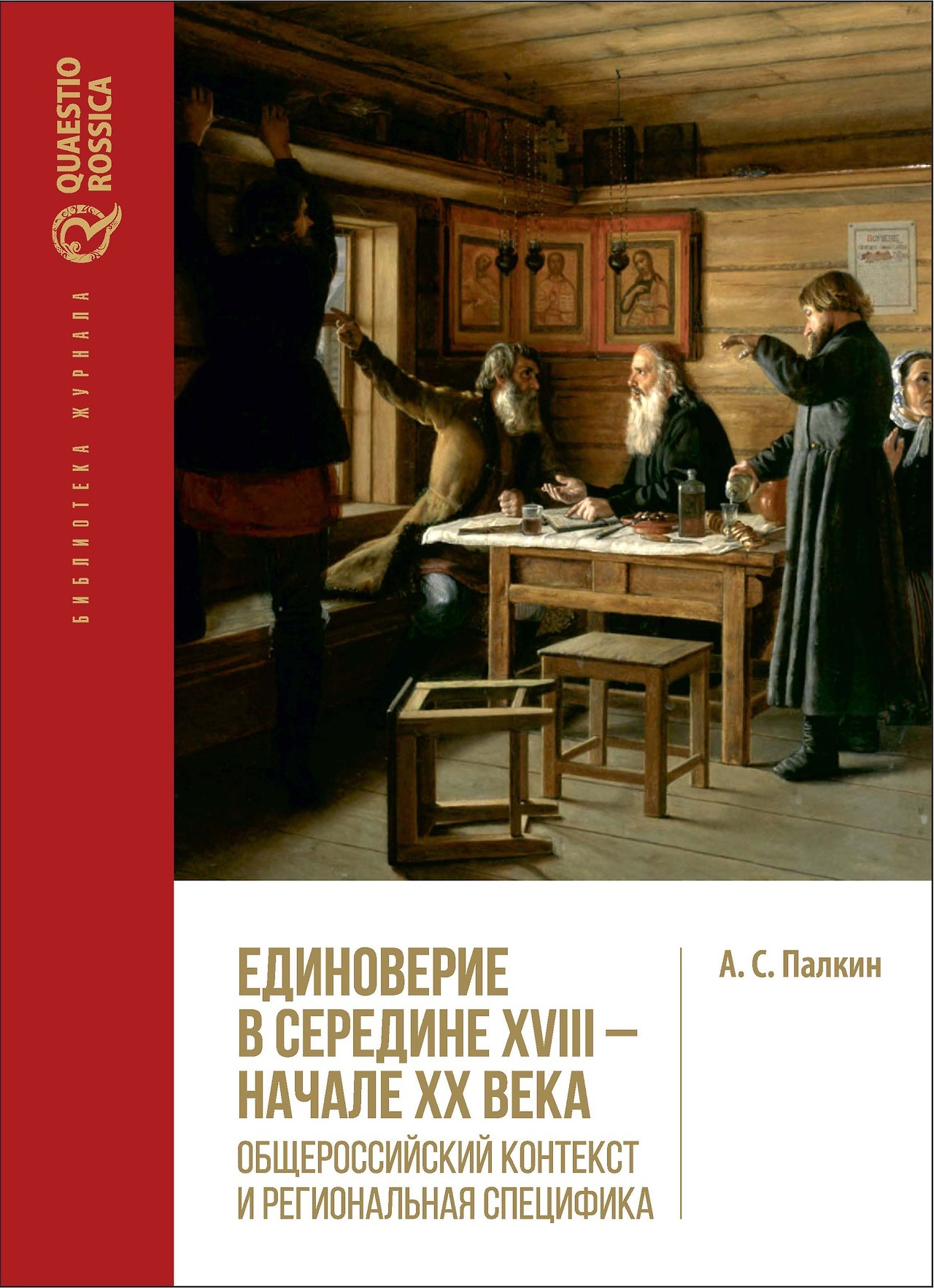 Palkin, A. S. (2016). Edinoverie from the Middle of the 18th to the Beginning of the 20th Centuries. National Context and Regional Specifics / ed. by V. I. Baidin. Yekaterinburg, Ural University Press, University Press. 338 p.

This monograph is dedicated to researching different aspects of the history of edinoverie. It reconstructs the establishment and development of edinoverie in the Russian Empire. On the basis of rich archival material, the regional variants of edinoverie are emphasised and described: the work also looks at the interrelationships between the edinovertsy, the Old Believers, the hierarchy of the official Orthodox Church, and the state. It pays particular attention to the intellectual history of edinoverie and the polemics between the edinovertsy and Old Believers. This book is aimed at specialists and all of those who are interested in edinoverie and Old Belief in Russia. 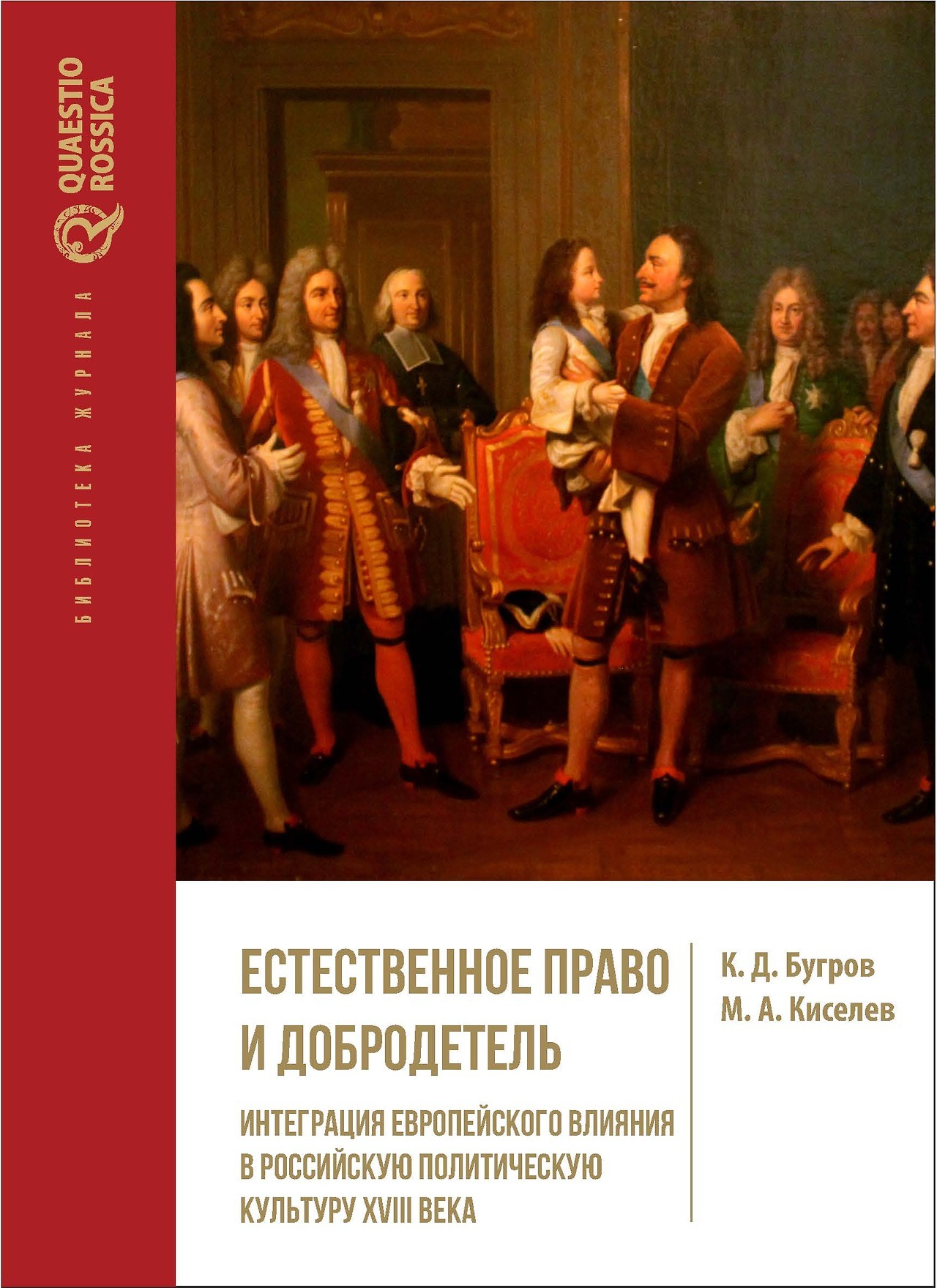 The monograph is a result of the research project "Return to Europe: Russian Elites and European Innovations, Norms and Models (18th – early 20th century)". The work demonstrates the process of intellectual transfer in 18th century Russia in different aspects: authors analyze the massive of published translations of Western moral and political literature, trace the implementation of Western educational practices, and demonstrate the results of adaptation of new intellectual resources on Russian soil as a conceptual lexicon. Two such glossaries are examined in the book thoroughly: those of natural law and of virtue. The appendix includes the publications of Russian translations of European political texts as well as hand-written prefaces to these translations. 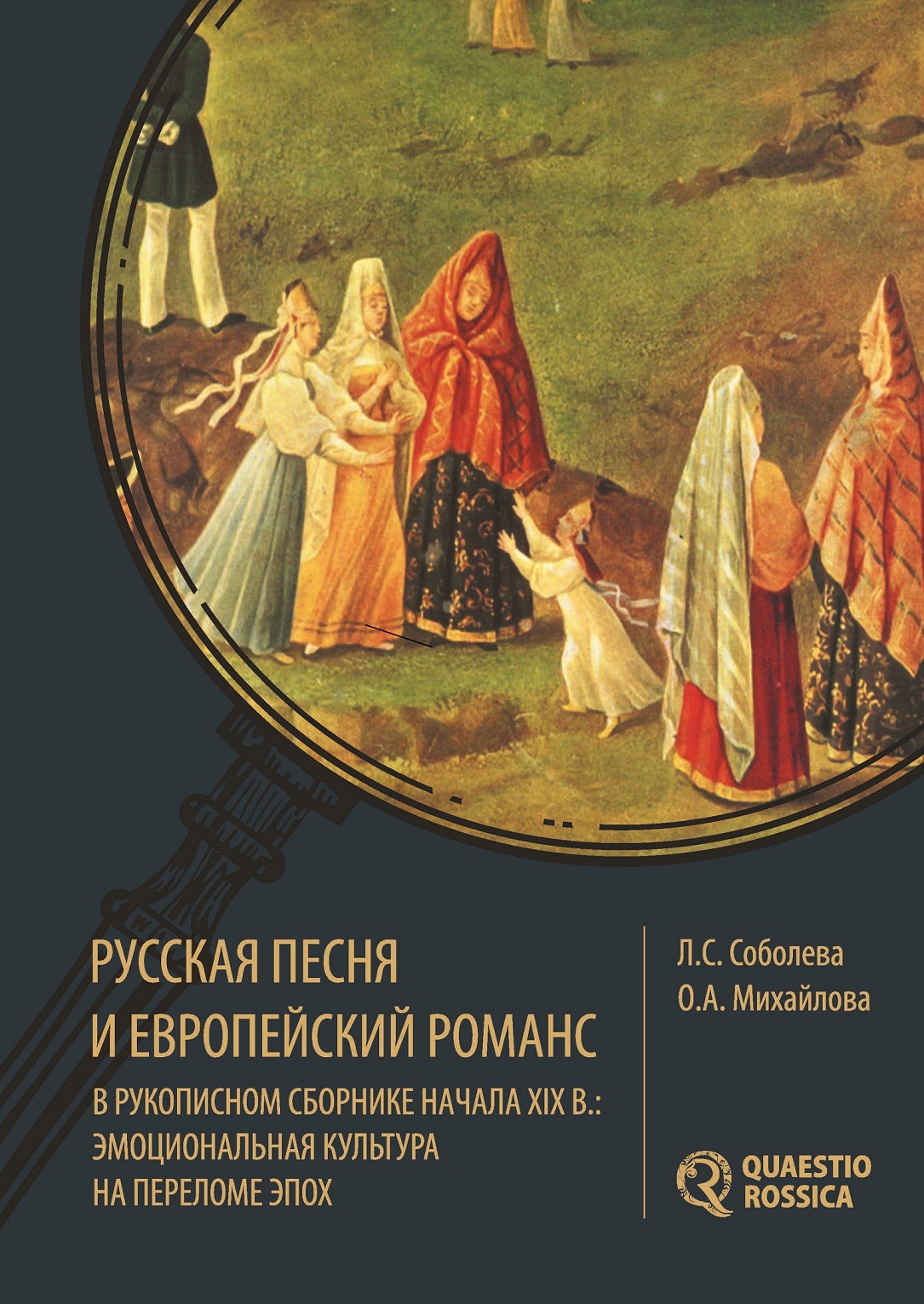 The publication reproduces a manuscript collection with texts of traditional lyrical songs, author's and anonymous romances created in early 19th century. The publication is accompanied by scientific commentary of different nature and is intended for researchers working on national culture and history of literature, local historians and all readers interested in familiarizing themselves with the origins of Russian poetic word and preservation of cultural heritage. It is an interesting figurative illustration for fostering respect for the national past in its most important – human – dimension. 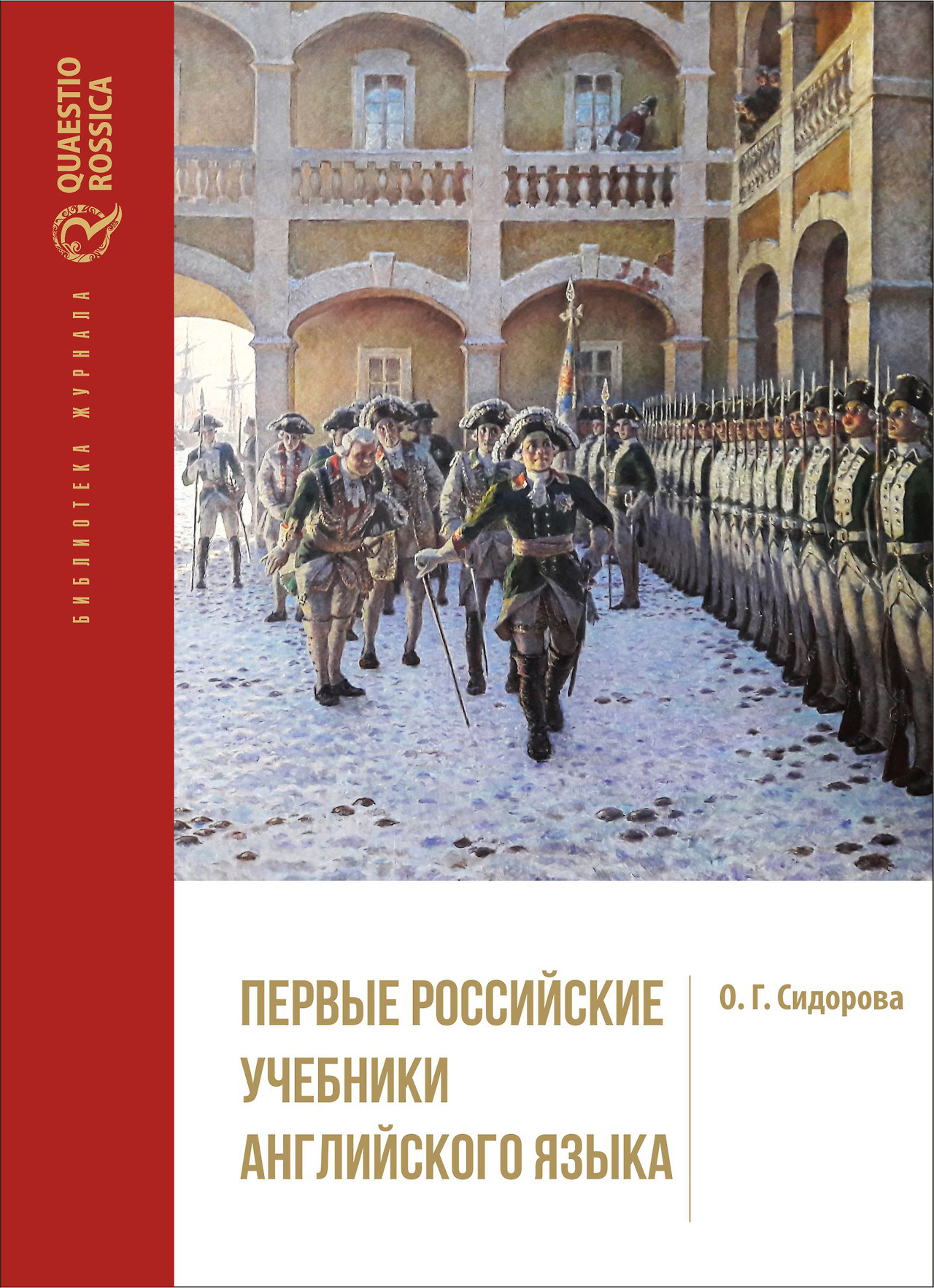 The book is devoted to the first Russian textbooks of English which appeared in the late XVIII – early XIX century. Reasons for their appearance, the English language and culture status in Russia, the context and conditions of modern European languages teaching are paid special attention to. Both the textbooks and the English-Russian phrasebooks that were used in practical teaching are analyzed in detail.

The monograph is the first special survey devoted to the history of the formation, reconstruction and characterization of the composition of Vasily Tatishchev's personal library, which merged in 1737 into the Yekaterinburg library of the Mining Department. The Tatishchev’s Library has absorbed the best foreign publications in mathematics, physics, mining, metallurgy, chemistry, physics, astronomy, medicine, architecture, mainly in German, and studying its composition allows us to deepen our understanding of Russia's cultural ties with countries of Western Europe, first of all with Germany. These books played an important role in the formation of Tatishchev as a scientist and contributed to the education of more than one generation of the Urals. 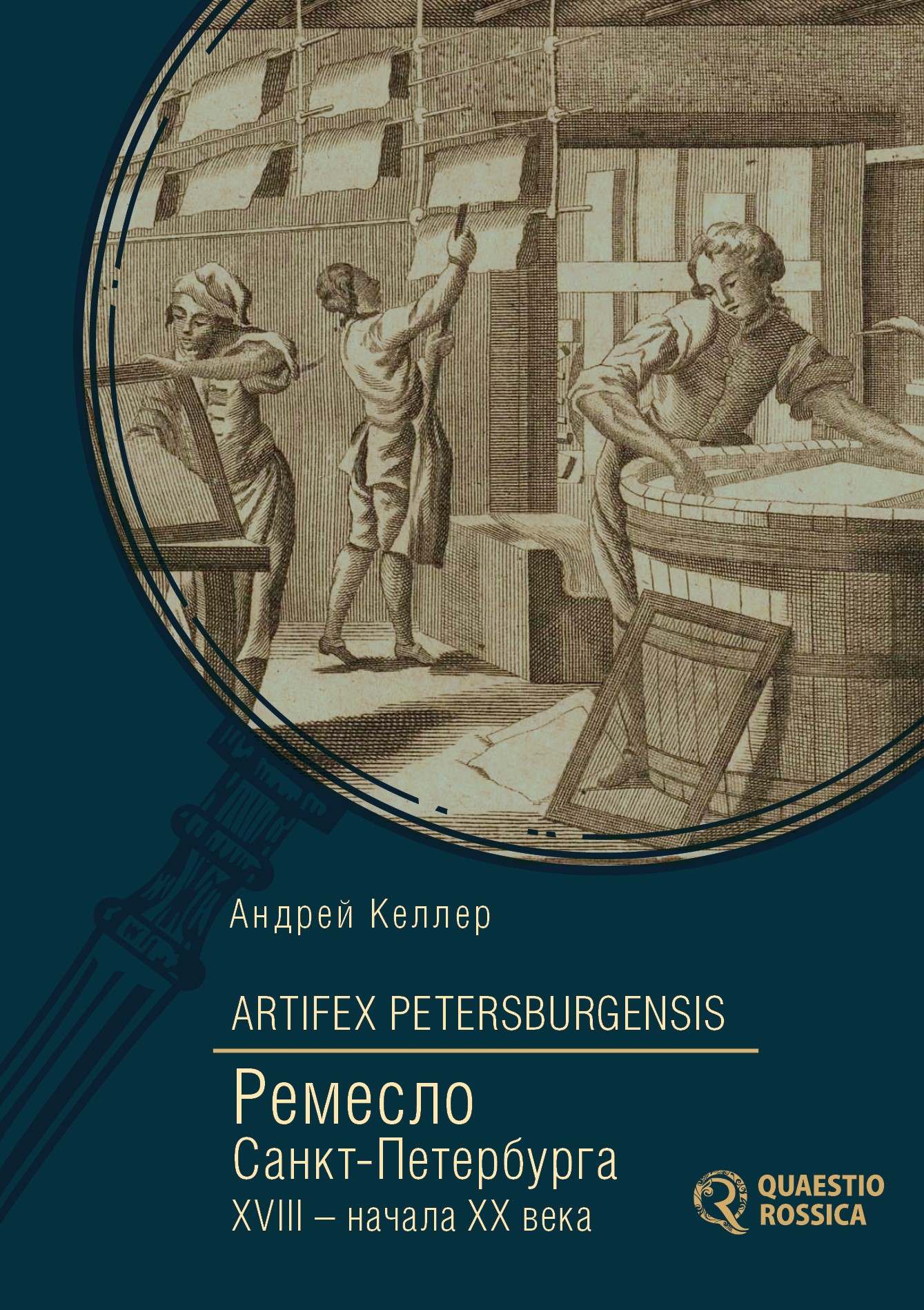 This book examines trades in Petersburg from socio-economic, cultural, and philosophical perspectives. Trade guilds, founded by edict in 1721-22, play an important role. Their mixed composition (Russian and foreign craftsmen) facilitated the transfer of technology and the introduction of new practices and skills. In order to define ‘crafts’, we consider related concepts, such as ‘art’, ‘science’, and ‘crafts’. In order to see the limits of the concept of the ‘trade workshop’, we deconstruct the history of terms like ‘manufactory’, ‘mill’, and ‘factory’. However, this alone would be insufficient to analyse the conditions for the creation of regular urban trades: also of considerable importance is the transfer of knowledge by means of apprenticeship, craft education, self-administration, and social protection. Here, we rethink the meaning of the capital’s trades in the context of the narodnik intellectual tradition: this can help us reconsider the role of craft production in small- and medium-sized enterprises and why they successfully evolved both in the period of manufactories and during the industrial revolution. An assessment is made about how trade practices and small-scale forms of production can be embedded in economic conceptions of the future in terms of sustainable development and green economic policies. 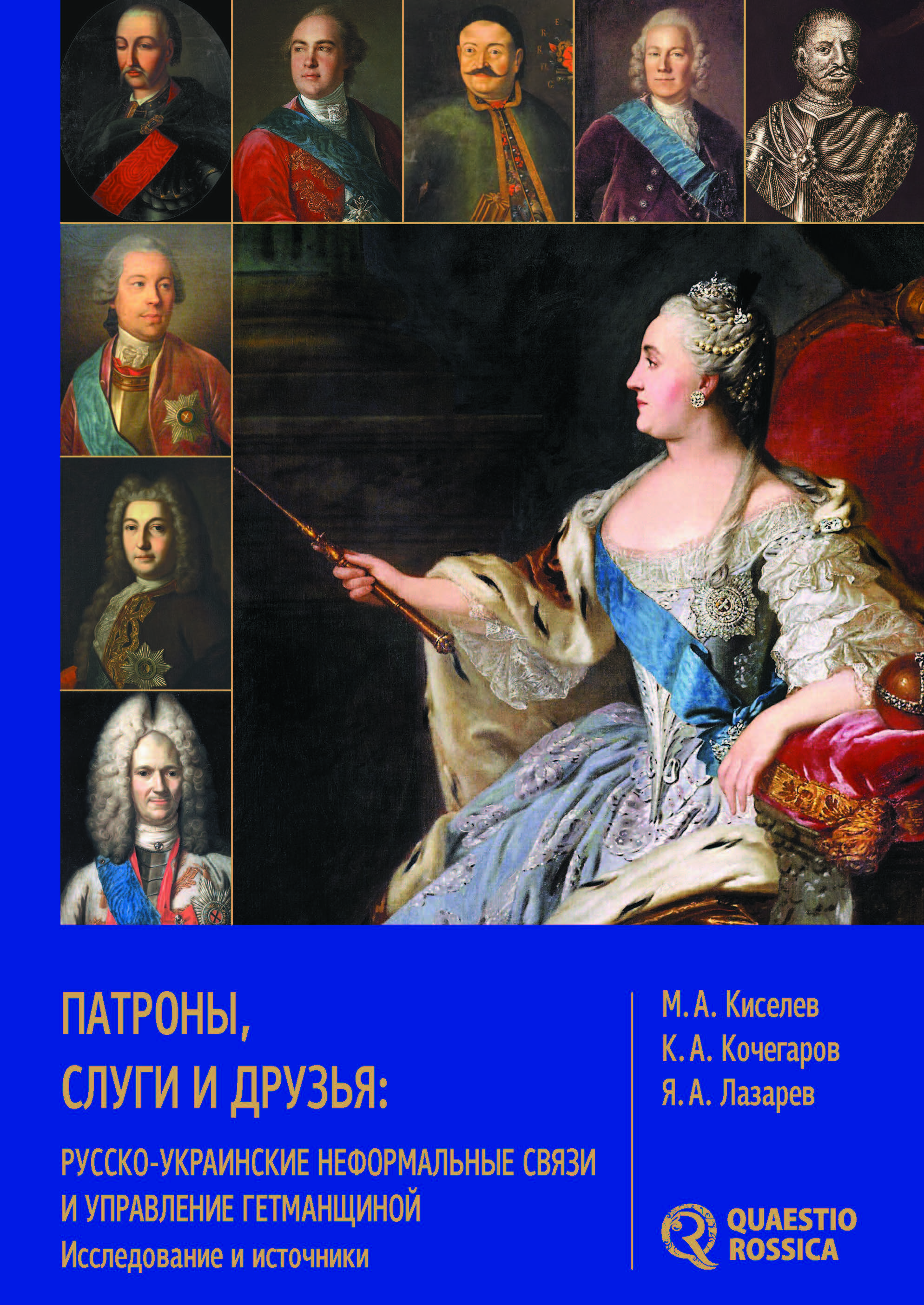 Kiselev, M. A., Kochegarov, K. A., Lazarev, Ya. A. (2022). Patrons, Clients and Friends. Russian-Ukrainian Informal Relations and Administration of Hetmanat in 1700–1760's. Research and Sources. Yekaterinburg, Ural University Press. 1244 p.

Monograph is devoted to the phenomenon of informal relations in the state management in the early modern time on the materials of uneasy history of relations between Cossack elite of Hetmanat and Russian ruling elite in 1700–1760s. The research part of edition analyzes the role of informal relations in the formation of the Russian government politics and evolution of governance of Hetmanat during more than six decades, from I. S. Mazepa to liquidation of Hetman in 1764. The research is based on the extensive complex of both published and unpublished sources from nine archival depositories of Moscow, St Petersburg and Kiev. Some of these materials, mostly of epistolary character, are presented in the “Sources” section of this edition. The book is intended for historians, political scientists, sociologists, philologists and for all those who are interested in the history of Russia and Ukraine. 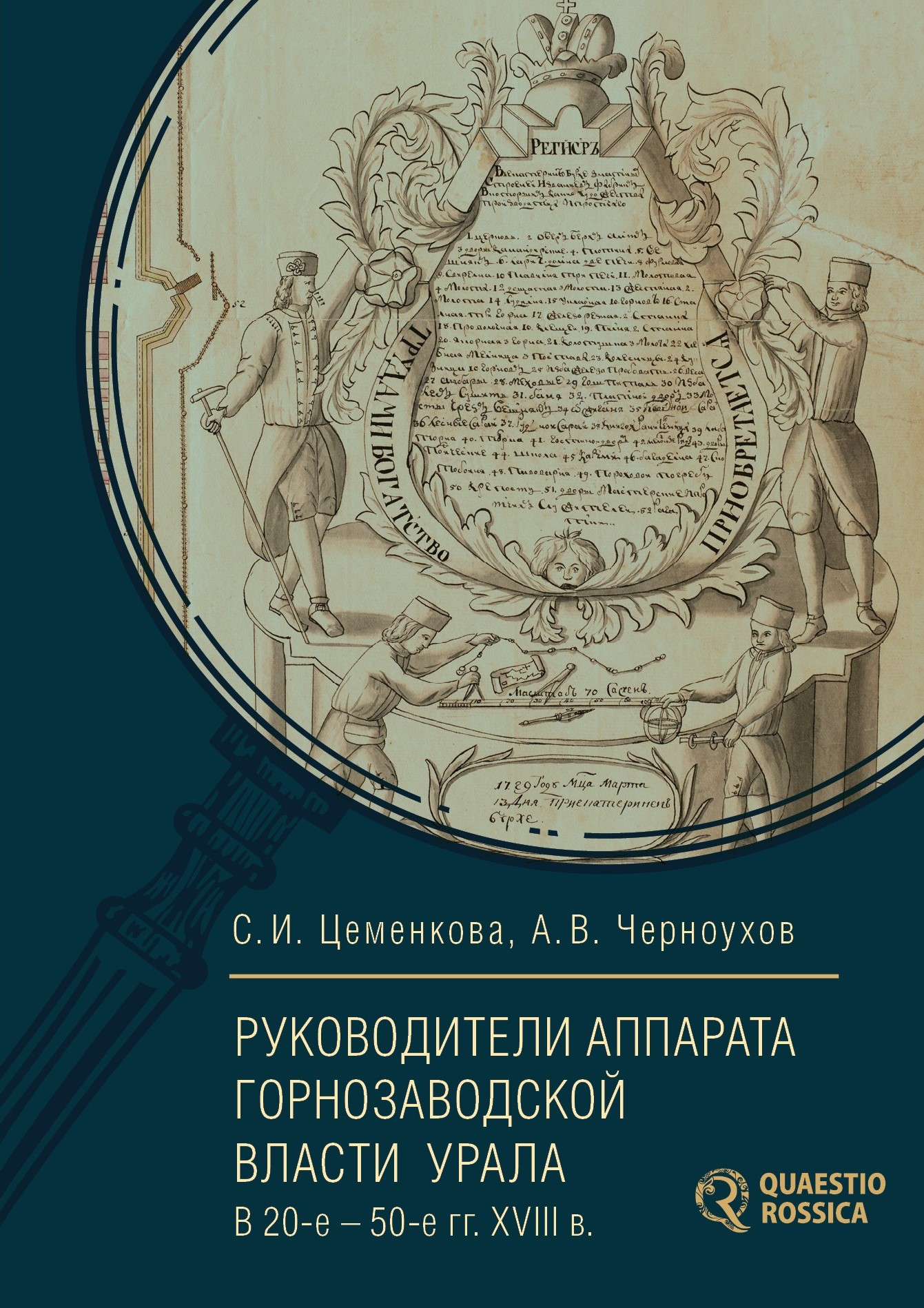 The biographical directory presents the results of a study in which, on the basis of archival documents, the biographies of the leaders of all levels of management of the mining administration of the Urals in the 1720s and early 1750s were recreated. In line with the approaches of the new biographical history, an attempt was made not only to reconstruct the events of the life and work of mountain servants and officers, but to study and present the features of their daily official and domestic behavioral practices, strategies for the formation of informal relationships, the specifics of deviations, successes and failures. A publication intended for a wide range of readers, for all those who are interested in the history of the Urals and Russia in the 18th century.